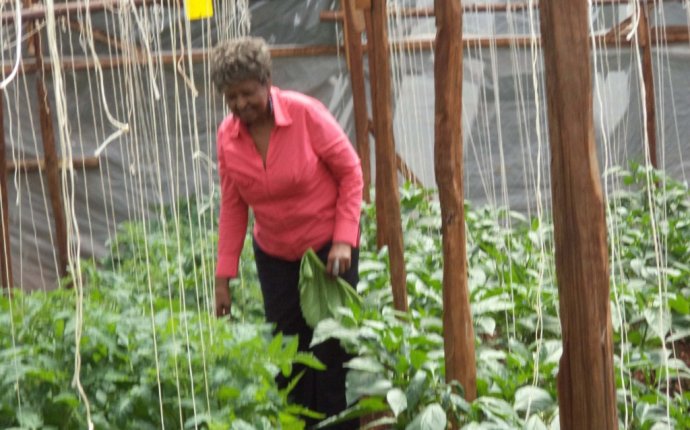 On the radio this morning I heard a story about the growing number of young people choosing to become farmers. The farmers in the story sounded a lot like me — in their late 20s to mid-30s, committed to organic practices, holding college degrees, and from middle-class non-farming backgrounds. Some raise animals or tend orchards. Others, like me, grow vegetables. The farmers’ days sounded long but fulfilling, drenched in sun and dirt. The story was uplifting, a nice antidote to the constant reports of industrial ag gone wrong, of pink slime and herbicide-resistant super-weeds.

What the reporter didn’t ask the young farmers was: Do you make a living? Can you afford rent, healthcare? Can you pay your labor a living wage? If the reporter had asked me these questions, I would have said no.

My farm is located in the foothills of Northern California, 40 miles east of Sacramento on 10 acres my partner, Ryan, and I lease from a land trust. In the heat of summer, my fields cover the bronzed landscape like a green quilt spread over sand. Ten acres of certified organic vegetables trace the contours of a small valley floor. Tomatoes glow crimson. Flowers bloom: zinnias, lavender, daisies. Watermelons grow fat, littering the ground like beach balls.

A businessman once advised me never to admit my business was struggling. No one wants to climb aboard a sinking ship, know what I mean? he’d said. At the time, I agreed. I believed if a business was failing it was because the entrepreneur was not skilled enough, not savvy enough, not hardworking enough. If my farm didn’t turn enough profit, it was my own fault.

Whenever a customer asked how things were going, I replied, Great. I thought about the sinking ship, and never said, Well, we’re making ends meet, but we work 12 hour days, 6 days a week, and pay ourselves only what we need to cover food and household expenses: $100 per week. I didn’t tell anyone how, over the course of the last three years since Ryan and I had started our farm, I’d drained most of my savings. I didn’t admit that the only thing keeping the farm afloat was income Ryan and I earned through other means — Ryan working as a carpenter and I as a baker. I didn’t say that despite the improvements we made to the land— the hundreds of yards of compost we spread, the thousand dollars we spent annually on cover crop seed to increase soil fertility, every weed pulled — we gained no equity because we didn’t own the land. I didn’t say I felt like I was trying to fill a bathtub when the drain was open.

One afternoon, a fellow farmer came over for a visit. He asked how we were doing, and this time I told the truth. The farmer told me he’d been farming for nearly a decade and last year he made the most profit yet: $4, 000. I spewed out a slurry of concerns, told the farmer how I’d done the numbers every way and the future wasn’t looking much more profitable. The farmer just nodded, as if I was telling him what I’d eaten for breakfast that morning and not revealing the shameful secret of my failing business. The more we talked the more I began to wonder about other farmers I knew.

I wondered how many small farmers actually made a living. Before I set out trying to answer this question, I had to define what constitutes “a living.” I decided making a living meant three things: 1) The farmer had to pay herself a weekly wage that equaled what a person working full-time would make on minimum wage, which in my town would be $360 per week. 2) The farmer had to abide by labor laws, meaning no unpaid workers or interns doing essential farm tasks. 3) The farmer had to earn her income from farming, which meant nonprofit farms that survived on grants and donations didn’t count; neither did farms that sustained themselves on outside income sources.

I talked to all the farmers I knew, considered farms I or my partner had worked at in the past, farms I’d visited, friends’ farms. Most farmers I talked to worked outside jobs to keep their farms above water, others skirted by on an income they calculated to be $4 per hours, and most depended on interns, volunteers or WWOOFers for labor. I did not encounter a single farmer who met my requirements.

@Creative Strength: We are but a small business looking to grow our online community. More ideas to come. #creativestrengthdesigns #art #design #marketing